Please Help Bring a Soldiers Rescued Dog Back To America 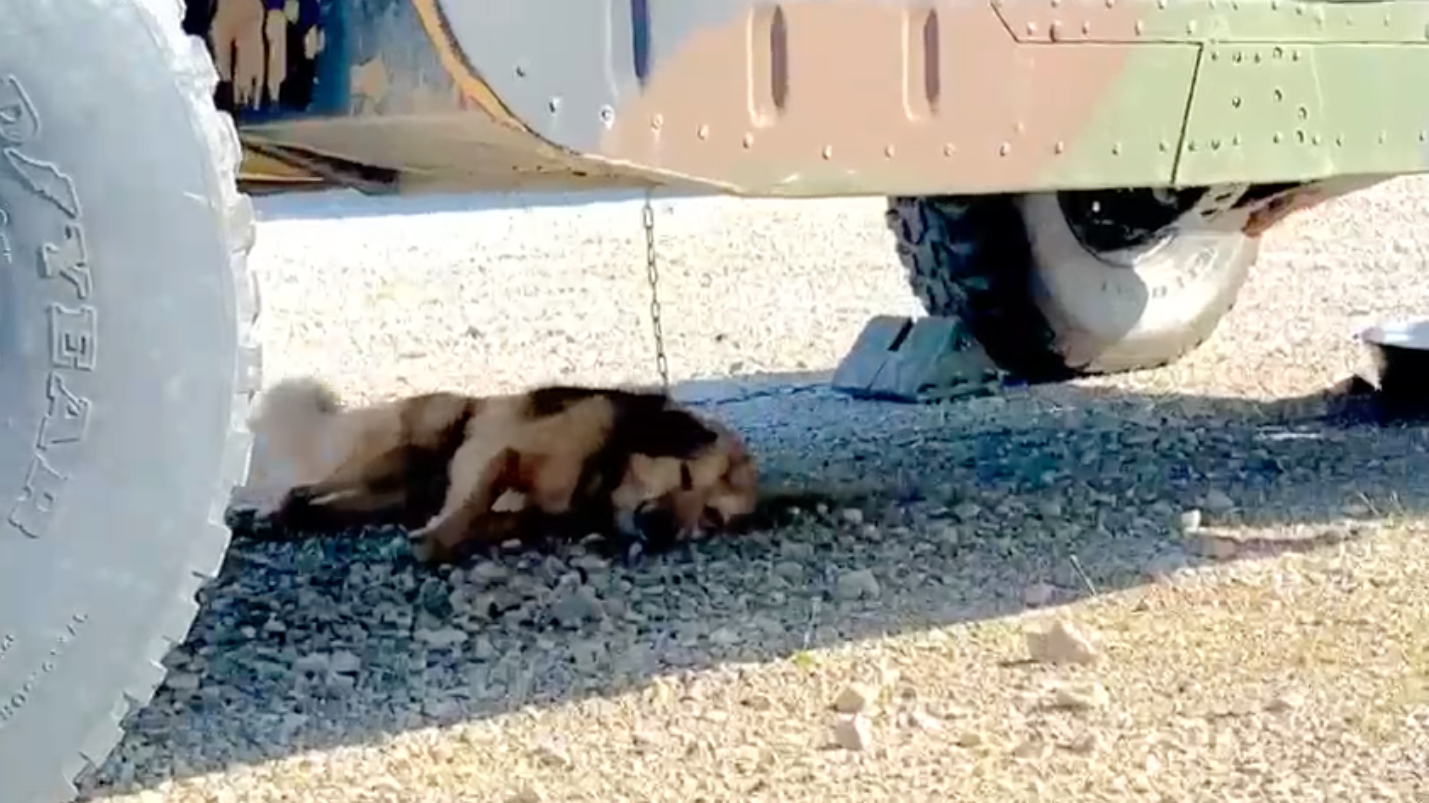 We are no longer accepting donations on this campaign, but there are other ways for you to support us today!

While serving overseas, in areas that are not hospital to our soldiers or to cats and dogs, sometimes against the odds a dog or cat can find a soldier to love them. For many soldiers that bond, that caring is the only thing that keep them going and many times lifts the morale of the whole base.

This was the case for Meeka and Sergeant E. Meeka a stray who clearly showed signs of neglect and most likely abuse had been seen around the base but always ran as soon as he saw soldiers. For some reason Sergeant E was attracted to Meeka, and for some reason Meeka let her approach him. There was an instant bond and connection. Every morning when Sergeant E would leave her barracks she would see Meeka waiting for her outside the fence. When Sergeant Erin would go running Meeka would be right by her side. The two were inseparable.

Sergeant Erin was suddenly sent back to the states with very short notice. As soon as she left Meeka retreated back into the woods and could not be found when Erin’s friends from the base went looking for him. One day one of the soldiers saw Meeka who was obviously hungry and was able to coax him close enough by offering him food and was able to catch him. Since Meeka has been keep just outside the base in a makeshift pen, he is scared but has friendly but does not come to anyone seeking attention, and shys away when someone wants to pet him.

Meekas time is running out as the base is closing. The soldiers are doing the best they can to care for Sergeants Erin’s best friend but with each passing day it gets more difficult. Sergeant Erin can not bear the thought of not being able to see her dog again. She knows that Meeka’s fate will most likely not be good.

Meeka was able to reach out to Paws of War who immediately got to work to save Meeka for Sergeant Erin. All overseas rescues are challenging, but do to the perilous location of this base there are very few transportation options, veterinary clinics or fosters. This is a logistical challenge even for Paws of War but we know with your support we can bring Meeka home to her soldier and give them both the chance at happiness they deserve.