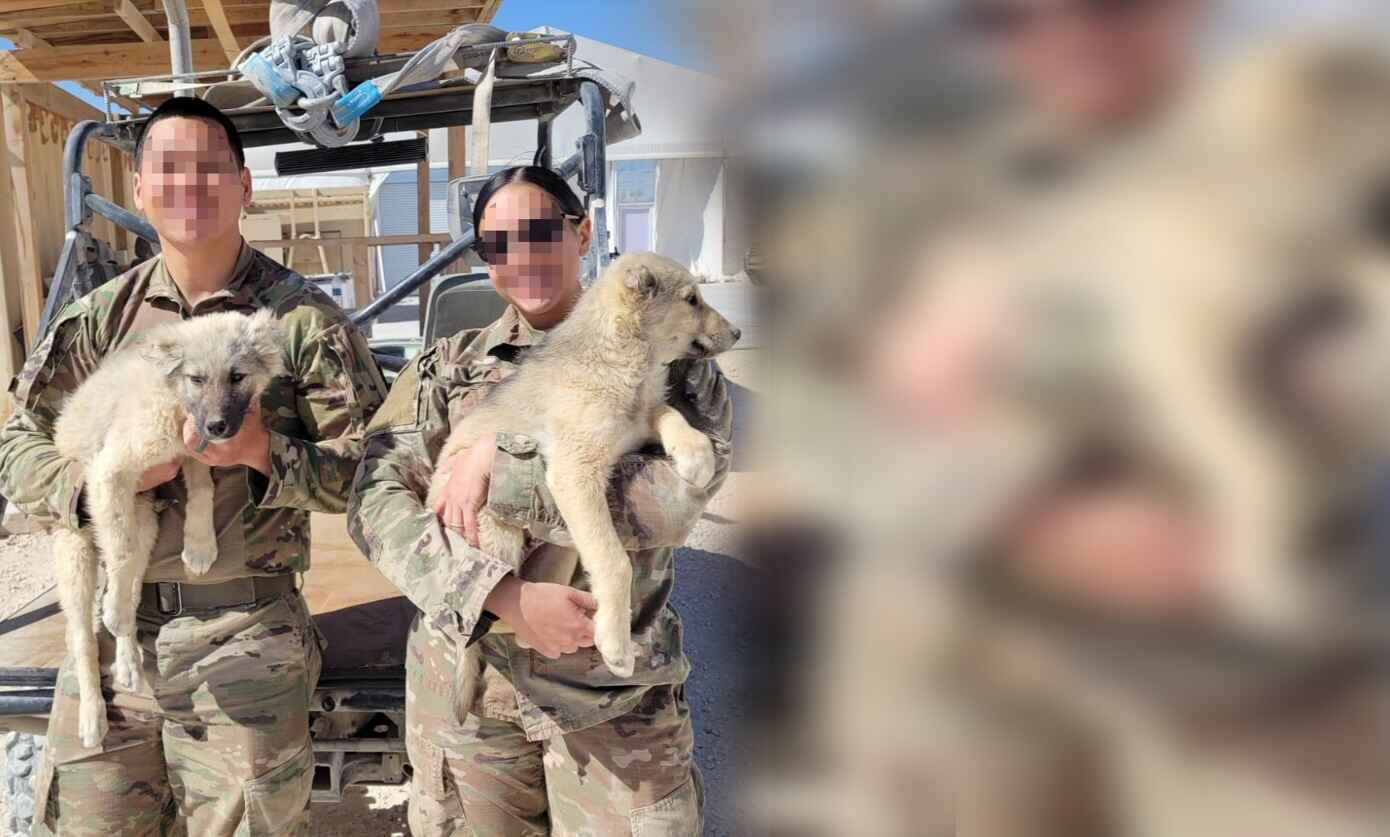 Help Save Max and Ruben

Paws of War is on a mission to rescue Max and Ruben for U.S. Army Soldiers but we are racing against the clock to save them from being euthanized.

This is their story...

Working a 24-hour shift as a soldier in the U.S. Army can be a challenging task. But every once in a while, something happens that changes their life in a good way. This happened when Corporal Riva and Specialist Vasquez were on duty while being deployed in the Middle East. While they were standing guard, they heard the whimpers of help coming from under a nearby shed. When they took a look, they spotted two emaciated pups who were filthy and had their ears cut off as well as other atrocious abuse.

“These two soldiers saved the little dogs, but now they need our help to save them again," says Dereck Cartright, a disabled veteran who is the stateside logistics coordinator at Paws of War. "May is National Military Appreciation Month and this is a great way to show our appreciation. We will do everything to relocate those pups to America to live out their lives with the soldier's families."

Rescuing the pups by swaddling them and giving them food and water, they were set on a path that not only nurtures the dogs back to health but would create an inseparable bond. The dogs, which they named Max and Ruben, became the highlight of the soldier's day, spending time with them, bonding, and bringing joy to everyone around.

“No matter what was happening in my day, as soon as I could see the two pups, I felt like everything was going to be okay,” says Specialist Vasquez.

While it may be difficult for soldiers to be away from home, the soldiers made them feel some joy again. They felt normal having the dogs playing and bonding with them, and they were boosting the morale of everyone they met. Max and Ruben became family with the soldiers, making it unbearable to hear that all the dogs around the base would be round-up and taken to be euthanized. Upon hearing that, Spc. Vasquez and Cpl. Riva began seeking help to get them rescued. They reached out to is Paws of War, which has a program for helping military members bring their pets to safety from where they are stationed to their homes in America.

“So many members of the squad fell in love with the pups. They became a joyful part of their day, nursing them back to health, seeing them take their first steps and eventually playing about,” says Corporal Riva. “The pups made us feel normal again. They boosted morale and brought laughter back to our lives."

Paws of War is up against the clock to help save Max and Ruben from being euthanized. They seek donations to help support the rescue mission and safely get them relocated back to America.

Paws of War has a War Torn Pups & Cats program that focuses on reuniting military personnel with the animals they rescue and bond with as they serve overseas. All the pets are rescued at no cost to the military heroes. The program is funded by donations by the community, which helps to cover the costs of getting the pets transported, veterinary care, etc. To learn more about the War Torn Pups & Cats program, visit the site: https://pawsofwar.org/war-torn-pups.

A kind donation today will help us rescue these deserving pups and give them a happy life with their brave soldiers.

Paws of War's War-Torn Pups & Cats program focuses on reuniting military personnel with the animals they rescue and bond with as they serve overseas. All the pets are rescued at no cost to the military heroes. The program is funded by donations by the community, which helps to cover the costs of getting the pets transported, veterinary care, etc. To learn more about the War Torn Pups & Cats program, visit https://pawsofwar.org/war-torn-pups.