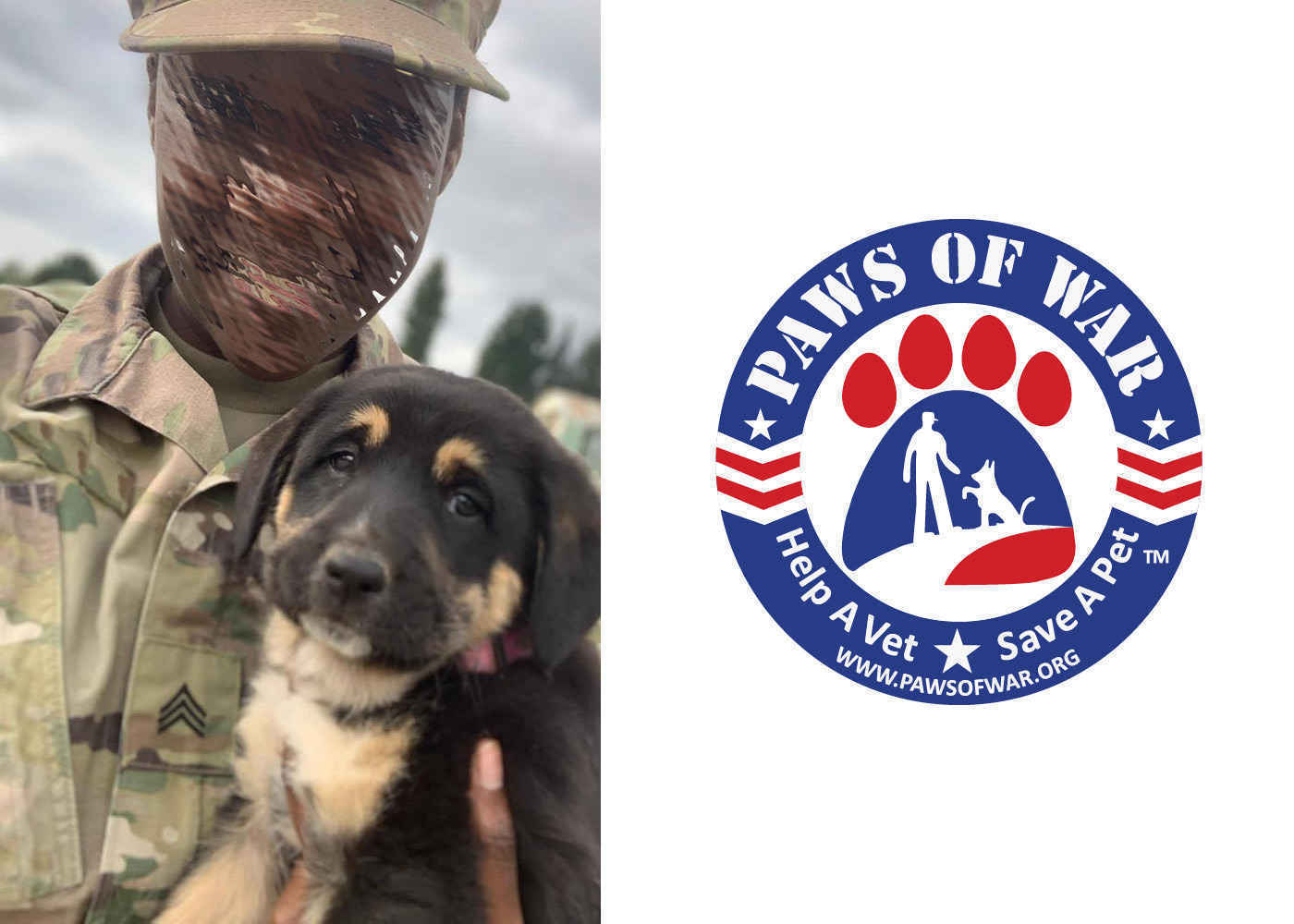 Thank You Everyone For Your Support

Sergeant Char would like to personally thank everyone who has supported her efforts to save her beautiful little rescued dog PupPup. The outpouring of support has been overwhelming and Sgt. Char is deeply moved by how many people care.

We hear from the soldiers and veterans we serve that they feel they are forgotten when they are overseas, and that their mission and hard work is often overlooked and misunderstood. Sgt. Char and many other soldiers are so thankful for your incredible support.

We're deeply grateful to be able to say we've exceeded our fundraising goal for this homecoming! Unfortunately, there is always another soldier and animal in need and the additional money will be used for the countless numbers of rescue missions we carry out for our soldiers each year. Many times we have only a few days to get everything into place to be able to pull these rescues off, and there is no time to fundraise or get the word out; meaning every single dollar we're able to raise makes a difference for current and future rescues.

A perfect example of urgent action, is when the call came from Sergeant Ricky who is currently serving in the Middle East. He was desperate to save a family of cats, and all 3 were rescued by Paws of War and our overseas partners in the nick of time. There was no time to collect donations, but to save animals lives we pull out all the stops to get the job done. The cats will be arriving safely in the U.S. this week.

We sometimes receive questions about the identity of soldiers and why we blur their faces in photos. The soldiers we assist are in active service overseas, and for a variety of reasons - including security, their identity needs to be hidden.

U.S. active military are not permitted to take home any animals they rescue while serving overseas, therefore organizations like ours are their only option.

The dogs and cats rescued are not in locations where they can be driven to their local veterinarian, get a pet travel passport, and put on a plane to the U.S. These missions are dangerous and face countless logistical obstacles and red tape overseas. Simply driving with a dog or cat is highly questioned in many places as they are not considered to be pets, and are subjected to frequent torture and abuse in many areas. Veterinary care is almost non-existent in many places, with medications and vaccines being hard to come by.

Over the last 7 years, Paws of War has built a vast network of organizations and dedicated volunteers on the ground around the globe. The animals we help are rescued regardless of location and injuries, and regardless of the cost.

As a country we ask so much of our soldiers; many return home with significant hardships and tragically, 22 veterans commit suicide each day. We at Paws of War have made a commitment to not let a soldier have to live with the additional trauma of having to leave an animal they rescued, love, and have bonded with, behind. The animals become family, and leaving them behind in an inhospitable environment can mean leaving them to die. That is an unacceptable outcome, and one we won't make our heroes carry.

The basic costs for such rescues begin around $3,000 and escalate quickly depending on location and medical needs, but the cost is small compared to what our soldiers give to our country. Our mission and finances are open and transparent - we have a platinum rating with GuideStar; the highest level the platform awards, and demonstrates our past financial metrics, actual progress, and results.

The moment a soldier reunites with their rescued animal and we get to witness the tears of joy makes it all worthwhile for us, and for our compassionate supporters. We know the animals we bring home will have a good life, and provide companionship and joy for a soldier who has given so much for our country, and this is the epitome of our mission "Helping Both Ends of the Leash."

We thank you once again for your support for Sgt. Char, and we can't wait to share updates on PupPup, and the video of the moment they are reunited. This will be another success story made possible with thanks to the dedication of everyone involved, and we'll have more updates to follow soon.

The Paws of War Family

Soldier while serving overseas rescues and devotes herself to an abandoned pup and she is terrified she will have to leave her behind.

Sgt. Char is serving overseas in an area that has been very inhospitable to dogs, and especially newborn pups. A local dog had hidden a litter of pups that some of the soldiers found. The soldiers took care of them and the mother.

As the pups started to grow they were all so friendly, except one. One was afraid of every one and everything. She wouldn’t even come out to eat. Sgt. Char was determined to help this puppy, day after day trying to coax the little girl out of her hiding spot. Char called her Pup pup, because for days she would call come on out pup pup. After days of trying the dog finally came out and let Sgt. Char feed her. The two became best friends, inseparable. Pup pup still wont let anyone but Sgt. Char get near her.

Sgt. Char is desperate to save this little Pup, as she knows when she is forced to leave her current deployment this little dog wont survive.