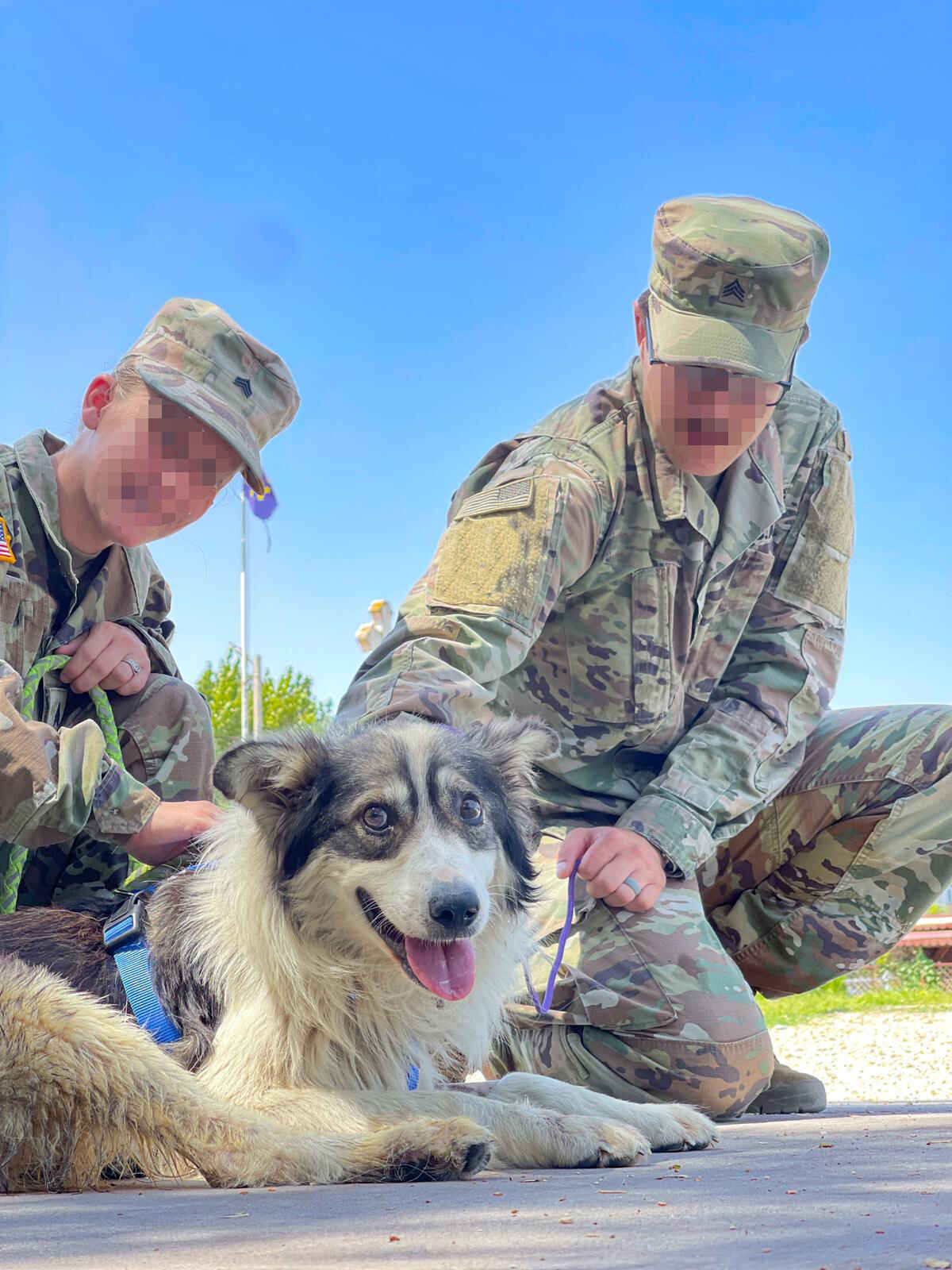 Duke is one such dog rescued near a base overseas. He is a very loved and loving dog around the base. He provided so much comfort and joy to the soldiers. One day he stopped showing up. Fearing the worst, the soldiers went in search of him but were unable to find him. A few days later Duke showed up, wounded, bleeding from his leg.

“Everyone is thinking of our troops serving overseas right now and they want to help in some way,” explains Dereck Cartright, a disabled veteran who is the stateside logistics coordinator for Paws of War. “Being able to lift their spirits is a great way to help. If we all come together we can rescue Duke and bring him to safety for them, which will boost their morale, and it gives them one less thing to worry about.”

The soldiers wanted to help but didn’t know what to do. One soldier, Sergeant Chelsey in the U.S. Army, who was especially close to Duke was able to get some bandages on his leg, and got him to eat some food. Knowing the Duke didn’t stand a chance on his own, Chelsey reached out to Paws of War. The soldiers rallied together to protect and save Duke until help arrived from a veterinary medical team sent by Paws of War.

Paws of War was able to get Duke to one of their partner rescues and there he was able to get the extensive veterinary treatment he needed. It is believed Duke was hit by a bullet, breaking the bone in his leg. Surgery was done to repair the leg, and additional treatments and medications were given to attend to a serious skin condition. He has a long road to recovery but he is a fighter.

With their deployment back to the states being far off, and there being such chaos in their deployments, they made it their goal to get Duke to safety in the states. Saving Duke is so important to these service men and women.

“We absolutely want to help put a smile on their face and ensure they don’t have to worry about Duke surviving,” added Cartright. “We are happy to help them with this mission and hope that many people in the community will want to support it as well. We can’t do it without their support.”

We want to thank Leo, from the Alamal Foundation - Canaan Dogs Rescue, his tireless efforts make miracles like this possible.

Paws of War is asking for your help, to save Duke, and cover the costs of his extensive veterinary care and rehab. And once this is done to get him to safety in the U.S. where he can live in a loving forever home.