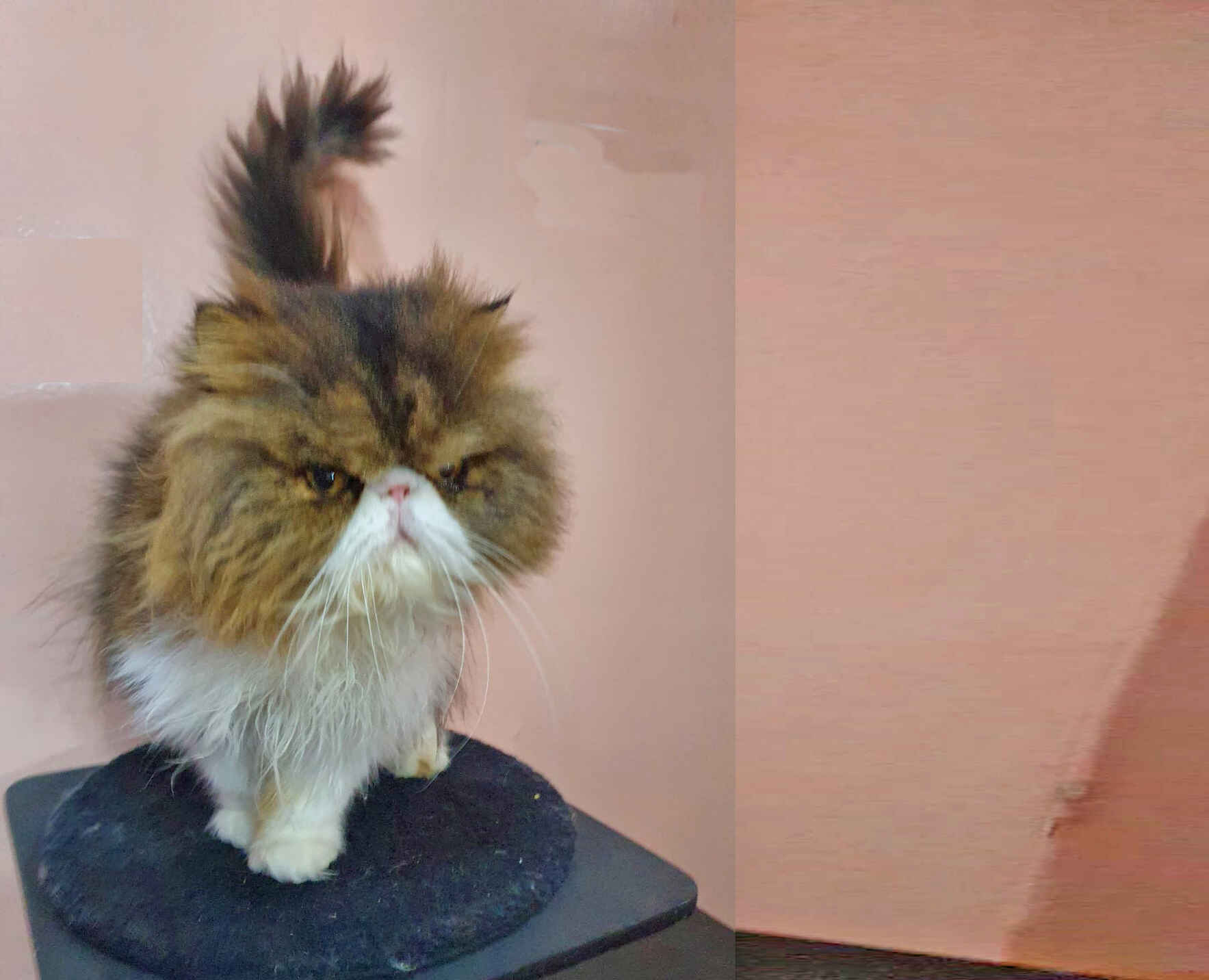 Mr Grumpuss' Rescue Has Been Funded

Mr Grumpuss' Rescue Has Been Funded

Imagine being with your beloved pet in the Middle East, getting deployed back to the United States, at the last minute being told your beloved cat can’t go with you. That's exactly what happened to one U.S. Navy service member who had been stationed in Bahrain and was being deployed back home to Virginia. In a panic, she was able to contact Paws of War, who had one of their rescue partners rush to get the cat.

“This is a nightmare that nobody who has pets would want to experience,” explains Robert Misseri, co-founder of Paws of War. “We were lucky to have someone to foster the cat while we work to raise the funds and make the arrangements to safely get Mr Grumpuss home and reunited with his Navy officer.”

Master at Arms Dawn Patterson has served in the U.S. Navy for 17 years. During her fourth deployment overseas, she came across a cat, she named Mr. Grumpuss, in desperate need of being rescued. She took the cat in, nursed him back to health, and the two become inseparable. At least until it was time for her to head back home to Virginia and she wasn’t allowed to bring him with her, due to unavoidable logistical complications.

Now she is back at her home in Virginia and worried about her furry family member who is on the other side of the globe. She’s working tirelessly with Paws of War to help keep the wheels churning so Mr. Grumpuss can be reunited with her and live out his life safely in America. Named for the grumpy-looking adorable face he has, Patterson won't feel at peace until he's back with her.

“His little grumpy face is always looking up at me when I walk in the door after a hard day at work. His Grumpy face always makes me smile. He is my security blanket,” says MA Dawn Patterson. “I will be so appreciative if Paws of War can help bring him back to me. My baby must be lonely and confused, so I know he will be just as thrilled to see me.”

Paws of War has helped veterans with numerous issues, including suicide prevention, service and support dogs, companion cats and dogs, food insecurity, veterinary care, and animal rescue for deployed military. As the demand for Paws of War's services was growing, traditional fundraisers like galas and golf outings were sidelined, putting a crimp in the needed funding to keep these services going. Paws of War has a large loyal following of supporters and looks forward to working with new corporate sponsors to keep these life-saving programs running, and to get our family to show its support to our corporate donors.

Paws of War is a nonprofit 501(c)(3) charitable organization that assists military members and their pets, rescues and trains dogs to be service dogs, and provides companion animals to veterans. To learn more about Paws of War and the programs provided or to donate, visit its site at: http://pawsofwar.org.