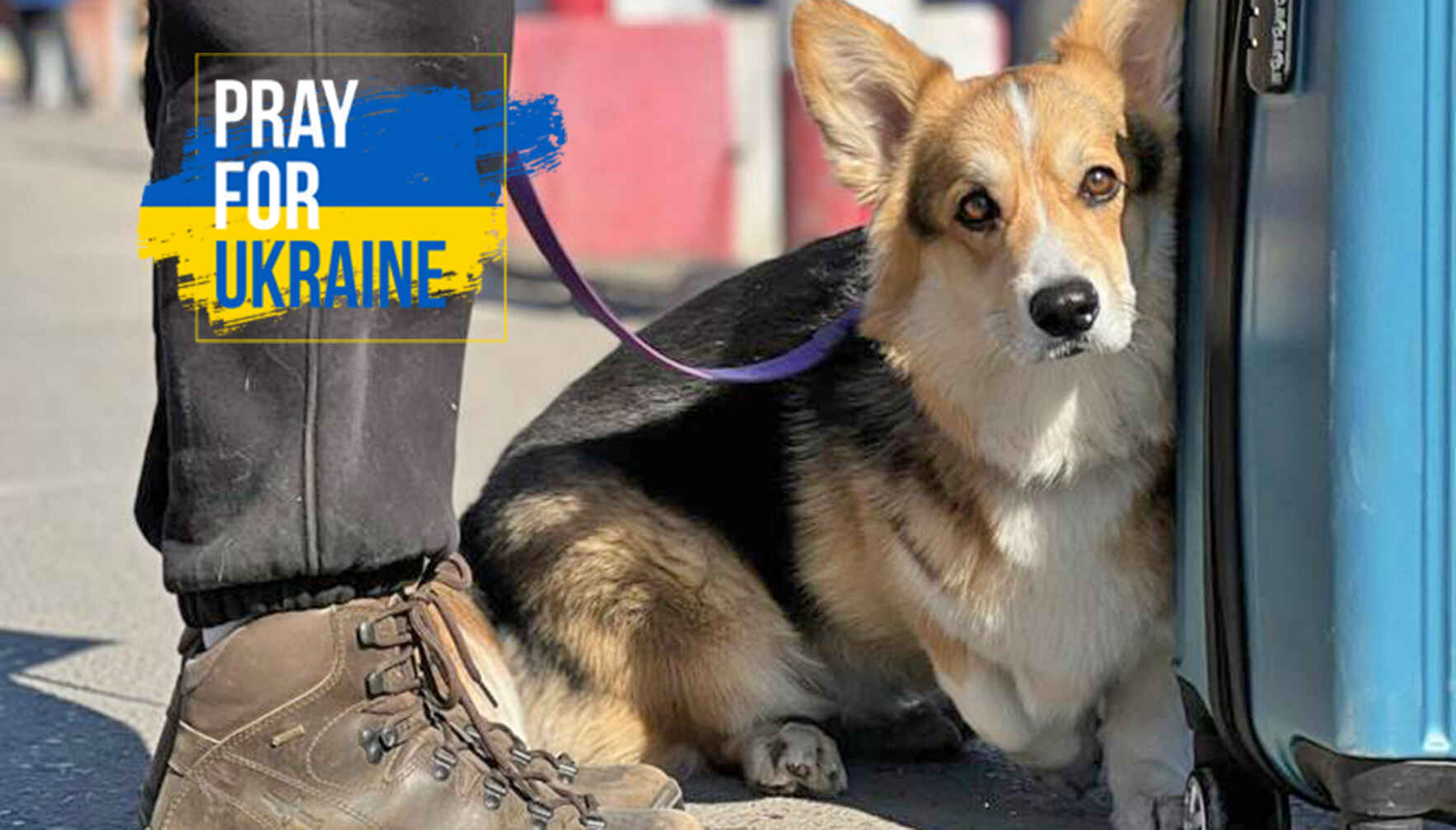 Paws of War has distributed over 7 Tons of food and supplies in Ukraine, but cannot keep up with the need!

When Russia began to invade the Ukraine in February 2022, nobody knew how long the turmoil would last or how much destruction would be caused. Everywhere you look there are animals, once someone’s pet, roaming the streets desperate to find any morsel of food. Paws of War was one of the first organizations on the ground in Ukraine providing food and supplies to the people and their pets who stayed behind.

Paws of War are in Ukraine helping by setting up 100’s of feeding stations they quickly made, and they struggle to keep them stocked with food and water as so many animals are using them to survive. They are providing food and other supplies to animals and people around the country. While Paws of War specializes in helping animals, they have also been assisting people in Ukraine because it's so desperately needed.

The group is still figuring out how much food and water feeding stations they need, how often they will need to be refilled, and how far apart to place them. For volunteers traveling over borders to help the animals, the trips can take six hours.

“It’s so important that we are in Ukraine talking to the people there, giving them the help they need to help themselves and the poor suffering animals left behind," explains Robert Misseri, co-founder of Paws of War. "Some families have 20 dogs and 40 cats taken into their homes because they can’t bear to see them starving and suffering. It’s very sad. Most of these people are humble, with modest living conditions, but they are very pet friendly. They have opened their hearts and their homes to try and stop the suffering."

While 4.7 million citizens have fled Ukraine, some have stayed behind and are doing what they can to help the animals that have been left. They are regular citizens who have essentially turned their home into an animal shelter. Daria, for example, had one cat before the invasion but now has at least 50 that she is trying to feed daily.

“Until Paws of War was able to bring me food, I would scavenge around empty houses and garbage looking for scraps of food, anything I could find,” says Daria. “Now I can give these poor cats a chance to survive, and God willing, I can get them to a safe home one day."

The need for help is everywhere. Every street you look down has a pack of dogs foraging for food. Cristina Tutunaru is one of 20 to 30 Paws of War volunteers who have been working withUkrainian and other rescue groups.

Paws of War relies on volunteers at the borders of Ukraine in Romania and Poland to purchase and deliver supplies, assist refugees’ animals and meet with heartbroken Ukrainians surrendering their beloved pets before they continue their uncertain journeys.

“We had a girl walk in with a goldfish bowl. People there are close to their animals. They were traveling for two days," said Misseri.

Paws of War is seeking donations to help support its Ukraine mission of helping pets and people. To donate, visit the site:https://pawsofwar.networkforgood.com/projects/156471-help-save-the-refugees-pets-of-ukraine. To see a video of Paws of War in action in Ukraine, visit: https://www.youtube.com/watch?v=LaXRs2wrAtg.

Paws of War has been operating around the world since 2014 helping military save the animals they rescue while deployed overseas. They have helped veterans with numerous issues, including suicide, service and support dogs, companion cats and dogs, food insecurity, veterinary care, and animal rescue for deployed military. As the demand for Paws of War's services grew, traditional fundraisers like galas and golf outings were sidelined, putting a crimp in the needed funding to keep these services going. Paws of War has a large loyal following of supporters and looks forward to working with new corporate sponsors to keep these life-saving programs running.

Paws of War is a nonprofit 501(c)(3) charitable organization that assists military members and their pets, rescues and trains dogs in being service dogs, and provides companion animals to veterans. To learn more about Paws of War and the programs provided or donate, visit its site at: http://pawsofwar.org.